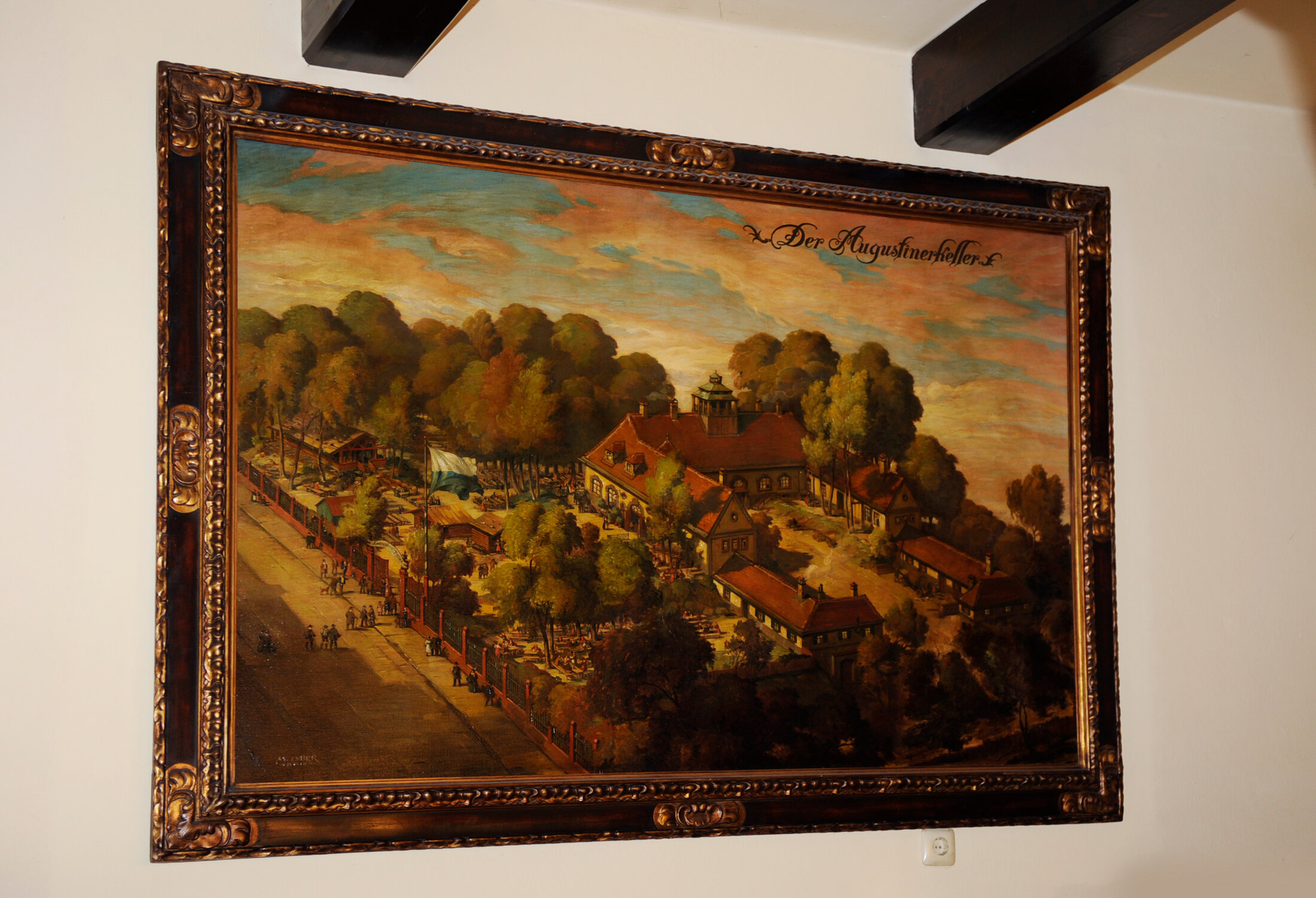 The story
News
Daily Menu
Here you can find our current daily specials as a PDF
Events
Here you can get an overview of our current events
Current CORONA-COVID 19 - Measures
Find here the current measures on: CORONA/COVID 19
Sep 18, 2021
beergarden open
Vouchers Flash mob video Menus & banquet Food & beverage
Sep 18, 2021
Our beer garden is open for you today

1812
For the first time, today's Augustiner-Keller is mentioned in the Munich city map as a beer storage facility. The property is then owned by the Büchl brewery. However, at that time there is a general ban on serving food in storage and summer cellars.​

1842
The magistrate allows applications for permission to serve food. The city address book lists the beer garden in Salzstrasse — that was the name of Arnulfstrasse at the time — with food and drinks served and has it among the "most beautiful in Munich, although located directly opposite the Munich execution site." Georg Knorr, son of a Dachau historian, takes over the property in the same year.​

1862
The owner of the Augustiner brewery, Joseph Wagner, acquires the area and the building. At this point, only the immediate vicinity of the horseshoe-shaped cellar building has plants. The remaining, much larger part of the property was a meadow that Wagner later reforested​

1880
The Augustiner-Keller was given its current name.​

1891
The last beer ox is sent into retirement. Until then, it was the job of cattle to transport the beer stored in the cellar to the daylight, continuously trudging in circles with a rope and winch system.​

1896
After the renovation and opening of a garden-like facility with a kitchen and catering area, the beer garden was given its current appearance, which has basically not changed since then. The large Festsaal is built in the same year. The beer garden has 5,000 seats.​

2010
Christian Vogler takes over the Augustiner-Keller as a tenant in April and runs it together with his wife Petra.​